One taste is more than ten times telling.

The UK's consumer organisation "Which?" noted suspected cases of reviews on Tripadvisor's website. The analysis is based on the type of reviewer's profile. At the “best hotel in Cairo”, 79% of five-star reviews were left by profiles that had made no other contribution on the site according to Which?.

Which? estimates that for some hotels one in two reviews is false, and one in seven reviews has hallmarks of fakes.

Tripadvisor must do more to ensure the information is reliable.

Tripadvisor claims that fake reviews are either removed or blocked before posting, and complains that the method of analysis used by Which? is too simplistic.

In 2017, journalist Oobah Butler from Vice magazine created a hoax by inventing a fake restaurant. Even the dishes on the menu were fake. Friends of Butler were asked to post five-star fake reviews. The Shed at Dulwich, the name of the fake restaurant, became the top-rated restaurant in London on Tripadvisor.

The huge amount of bookings for The Shed at Dulwich that followed showed consumers' blind faith in reviews. It is certain that many of them were disappointed with the experience.

This issue highlights the importance of trust in the consumer-brand relationship.

The problem of fake reviews is increasing and this business has become lucrative with more and more paid review companies worldwide.

Amazon itself blamed social media networks for not doing much against fake reviews. The online shopping giant pretends having removed more than 200 millions of them in 2020.

So, in order not to fall for it, a word of advice: do not rely on the stars exclusively. Find out for yourself. 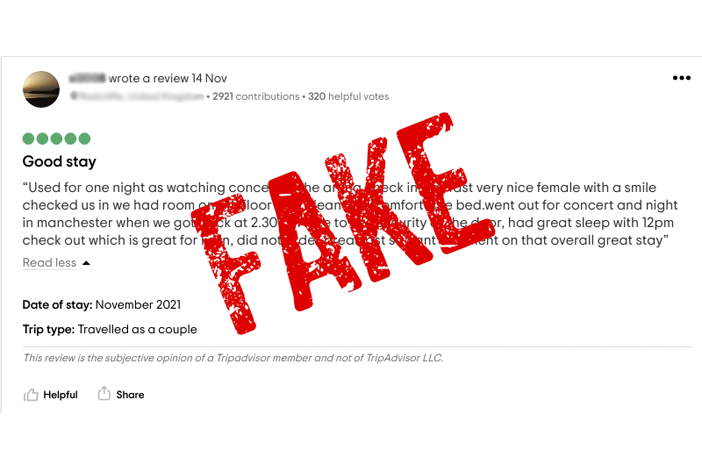 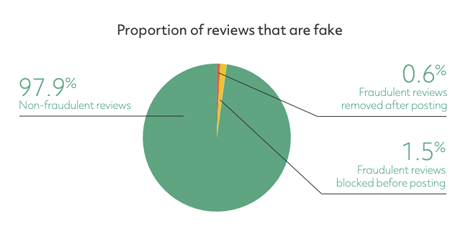